Big multinational companies like Expedia are not made up only of scattered offices across the globe, they avail of the help of global partners that play a vital role in supporting a scalable and flexible business growth.

One of the great partners that supports Hotels.com technological developments is EPAM Systems with offices in Budapest, Hungary, which is why I was able to make a visit to colleagues (and the city) from 21st to 25th of March. 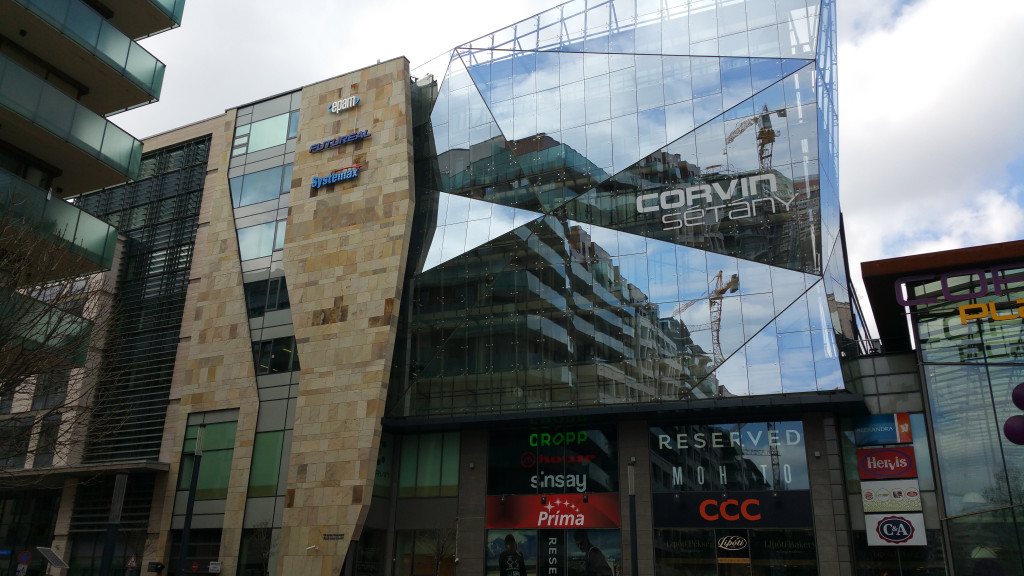 I believe that the soul of the trip can be summed up with one famous quote :

Developing software in collaboration with so many people makes the sharing of opinions and points of view a key aspect of the process, to meet and exchange views on which aspects each considers essential characteristics of a well-structured code is never a loss of time.

If what characterizes a well-structured code is the ease of reading by other developers, it means that each one must have well in mind what are the expectations of readers, so don’t be shy and you will be surprised by how many little things you take for granted are actually addressed in many different ways.

The pearl of the Danube

Budapest is really beautiful as they describe it, wherever you look the architecture is stunning, large squares and streets, abundant of green areas and the bridges over the Danube at night are a sight to behold.

Every street corner is full of pubs, restaurants and bistros, and both by day and night there is a brisk of vitality that creates an enjoyable atmosphere, one that doesn’t feel overwhelming like in other much more crowded capitals.

The economic aspect for those coming from the euro zone is a plus as everything, both food and transports, costs at least half if not a third of the prices that can be found for example in Rome, although it is unlikely that you’ll need to travel by public transport because almost all places can be reached within walking distance in less than half an hour.

If you’re planning to go to dinner at a specific place be sure to call and book beforehand, the risk of finding the place fully busy is around the corner! But even in this case do not worry, just turn the corner and there is plenty of choice of local typical Hungarian cuisine and ethnic cuisine for all palates, the most that I spent in a restaurant with main course, dessert, coffee and service is the astronomical figure of € 13, and we’re talking about meat not salad.

A destination definitely worth visiting is the citadel perched on the bank of the Danube, a path and a view that will take your breath away, literally.

How to internet abroad

The tires are frictioning on the runway, you’ve finally landed at your destination, you look around with the adrenaline of one who’s visiting a foreign city for the first time, then some doubts or questions arise and you want answers from your omni present smartphone as any good 2.0 citizen but you realize that you’re without the super powers of the internet, scary uh?

We can avoid this horror movie scenario with a little bit of planning, with a few targeted measures before departure.

Google Map app, both on iOS and Android, allows you to download offline maps of any geographic area, which means that you can look for your destination city and download the map, this way you’ll be able to use it even without data connection, GPS signal alone will suffice.

Keep in mind, walking directions, as well as those for public transport, are available only with internet connection, so without internet you’ll have only car directions, which could pose longer paths and distances but it is better than nothing.

Truth to be told, regardless of whether you go abroad or not, storing maps offline on the device can saves tens if not hundreds of mega every time you use Google Map to get directions. Local saved maps have a maximum duration of one month after which they are discarderd to keep them updated with possible changes occurred in the meantime, so you should download them also for your city of residence.

To overcome the lack of guidance with Google Map for public transport you should look for one dedicated app to local transport services for your destination city, one that works offline, if available. It could be useful even if you have a data plan for abroad active since the signal may not be optimal in all situations, especially in subways.

Now, you have taken all possible measures to have logistics information when you’re without connection, still having at least an handful of mega you can spend when you really need information, such as for essential services like messaging, is always handy. The day before departure do activate a roaming data plan valid for your destination. Each operator has its own, which vary based on destinations, prices and thresholds, in my case for EU countries 3 Italia has the Easy Pass plan, which currently grants a 500mb data roaming treshold valid for 6 days for just 2€, if used wisely it’s more than enough.

Whitelist of apps to use data roaming

You have downloaded the offline maps and a local transport app to have your logistics information offline and activated a data roaming plan to have some mega available just in case … but when it comes to roaming our smartphone is not that smart, in fact as soon as data connection is detected it will start drinking greedily information from the network as a camel. App updates from the store, download email, various apps in background that fetch contents without notice, you could end up finishing your data plan before actually using it for that one task you wanted to accomplish in a couple of minutes, like your walking path or the restaurant number you wanted to fetch.

Android currently does not offer out of the box the ability to selectively limit the usage of data by the system and applications in particular conditions, like when abroad with roaming active, a condition that requires us to be very thrifty, otherwise the risk is to stay without internet, or worse with 0$ on the phone card.

For Android is available Roamy, a very valuable app that allows you to indicate which app you want to grant access to the network when you are roaming, and also to establish a consumption thresholds for each app, beyond which the connection is blocked, the pro version is worth every cent of its price.

How does it work? First of all it does not require root, it creates a VPN through which all phone connections are channelled, this way Roamy can monitor all connections inside the VPN, it checks from which apps requests come from so that it can track how much data is used to apply its limitations, and applies its policies by denying or allowing the outbound connection requests.

You need a power bank

You need it, period. My Galaxy Note 4 lasted barely 6h with two fully charged batteries by taking photos, using maps etc. And it might not be enough, you also need a plan B for when the battery of your phone lets you down without knowing how to get back to your hotel, which means you need an old style paper map where you’ve marked your hotel location, maybe  you don’t even know how to fold it right now but do keep it in your pocket, you never know.

Due to schedule needs, I used Alitalia for the first time, and I noticed on several forums that I wasn’t the only one with concerns and problems with their infamous online checkin for my return flight to Rome.

For non-frequent flyers like me, used to move only with low-cost airlines that absolutely require the completion of the online checkin procedure and possession of a printed boarding pass before going at the airport, threatening heavy fines in case of no printed pass, the procedure for Alitalia may prove to be counter intuitive.

Do not try and look for online checkin. Instead… only try to realize the truth:

There is no online checkin

Well yes, don’t bother downloading the app for smartphone, and do not even bother to visit the desktop site in the two days preceding the flight as adviced on the online checkin page, the operation will still be flagged as unavailable, even in the 2 hours that preceed the flight departure.

It works this way :

And as side note, the bar service on Alitalia flights is included in the ticket price, I didn’t know this and I kept my hunger till Rome fearing I would be asked 20€ for a sandwich like Ryanair does, instead I could have had one for “free”, my bad.

Tech like chatGPT is rather interesting/exciting. But it clearly states in its FAQ "...outputs may be inaccurate, untruthful, and otherwise misleading at times"

Also, some people have been like "we use chatgpt to give us accessibility info / find bugs!"

24 people have been charged by the Italian police for antisemitic online attacks against Auschwitz survivor Liliana Segre on the International Holocaust Memorial Day. https://www.thejc.com/news/world/24-people-charged-for-harassing-italian-auschwitz-survivor-online-3rGHzTCqSgIIeEwUWOgZzP